Sampling strategies via statistical exploitation of morphometric data: Maximizing the assets of petrographic examination for a chronological review at the medieval town of Martorell

The archaeological site of Santa Margarida (Martorell, Barcelona) is placed close to the ancient Via Augusta. The most ancient archaeological evidence is an Early Christian church with tripartite apse and its extensive necropolis. During the period between the 6th to the 12th Centuries this site experienced a great transformation in accordance to the surrounding landscape articulation, the origin of the medieval village of Martorell and the refurbishment of the church, transformed into a Romanesque building.

Medieval greyware is the most abundant finding at the site. A morphometric and petrographic study has been undergone recently. Greyware potsherds of four selected silos from different chronological horizons were sampled according to their morphometric characterization and examined via optical microscopy. Statistical exploitation of vessel shape compared to macroscopic paste examination led to a more precise sampling that has enabled us to determine more accurately the chronological transformations of pottery at this site and the changing paste recipes.

Whilst some high quality boiling pots or ollas were imported from the neighbouring medieval kiln site of Cabrera d’Anoia, medieval Martorell developed a local production of greyware vessels. Despite the homogeneity of these vessels throughout the Catalonian landscape, a combined approach of morphometric analysis and petrographic characterization allowed us to determine several differences related to the chronological sequence of this site. Our study has been of great importance to identify the local production and to characterize a reference group. These findings open new research perspectives about the daily activities at this site and the greyware pottery production and distribution in Medieval Catalonia. 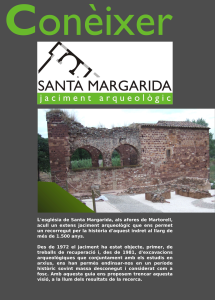 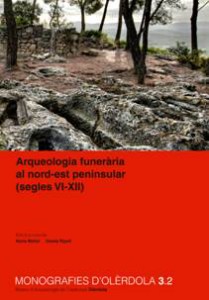